It's National Engineers Week! Full day of events for kids at CAF this Sunday

It's almost here: National Engineers Week, February 17-23, the annual event that bring engineers into the spotlight often hogged by their architect partners, reminding us that no matter how beautiful a building might be, it's a whole better when an engineer is on board to make sure it doesn't fall down.

This Sunday, February 17, the Chicago Architecture Foundation kicks it all off with a Studio for kids, ages 5-18, Engineering the 21st Century City, a free event from 11:00 a.m. to 3:00 p.m., at CAF at 224 South Michigan.
Our indefatigable correspondent and engineering ambassador extraordinare Bob Johnson provides a preview . . .

For all of you who have kids and grandkids, there's going to be all kind of presentations geared to showing kids how skyscrapers - and bridges - stand up and fall down.  Architectural student Rocco Buttliere is going to bring a whole collection of his Lego skyscrapers.  You name it, he's got it: the World Trade Center, the old one and the new one, Freedom Tower, Sears (Willis) Tower, Burj Khalifa. And then engineer Larry Novak, formerly of SOM and now of the Portland Cement Association, will be giving a presentation on the Burj Khalifa.  Believe it or not, we'll have kids designing bridges on a computer. 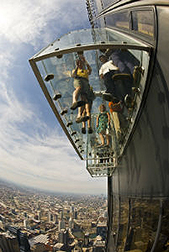 The Chicago Architecture Foundation is actually devoted the entire month to engineers, including its Wednesday lunchtime lectures.  I attended a great lecture this week by Thornton Tomasetti's Joe Burns on what's below Block 37.  This coming Wednesday, the 20th, Krueck and Sexton's Tom Jacobs talks about Glass Engineering in Architecture, and on the 27th, Terry McDonnell of US Services discusses the engineering and design considerations behind the Willis Tower Ledge.  On Tuesday, the 26th, Dr. Shankar Nair discusses Skyscrapers - Past, Present, Future, including the surge in super-talls.  On Saturday, the 23rd, there'll be a Building and Testing Studio for teens, down at Crown Hall at ITT.  More information on all these events here.

Also on the 23rd, from 10:30 a.m. to 3:30 p.m. the annual DuPage Engineers Week Expo will take place at the IIT's Rice Campus in Wheaton, with more family-focused events, including the ZOOM into Engineering and Design Squad, Lego Robotics, Mr. Freeze Cryogenics, and 4,500 Years of Structural Engineering Program.

On March 8th in West Chicago, Siemens will be holding its 9th annual edition of its Introduce  a Girl to Engineering  event, offered to 100 girls in grades 5 through 12 and hosted by women engineers.  Contact Jayne Beck via email to register and for more details. 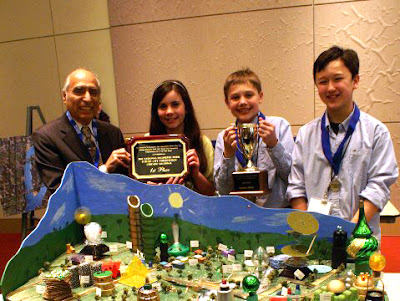 And we couldn't leave you without this photo of the winners of this year's Chicagoland Future City competition, which brings together area students to put their visions of the future into built form.  This team of students from St. Paul of the Cross in Park Ridge go on to the finals in Washington, D.C., where the winner gets a trip to Space Camp.

There are many CAD software available and it is confusing which one to get, I am studying Aeronautical Engineering and I was wondering which one is the most used now?.