All Quiet on the Wells Street Front

It's around 8:00 p.m. Sunday. We are still eight hours from the scheduled resumption of Brown and Purple Line service across the Wells Street bridge, just in time for the morning rush. 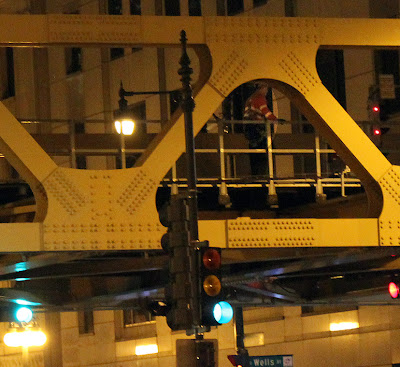 Yet an eerie silence has descended at Wells and Wacker. Save for a solitary workman, there was no sign or sound of activity on a site that has been buzzing with construction for the last nine days.
Is everything already in place?  I guess we'll find out tomorrow morning around 4:00 a.m., when the first train is supposed to cross a bridge that is now halfway towards its reconstruction, with another 9-day shutdown coming up later in April to finish the job by replacing the northern leaf.

Already, however, the end of the first phase has been commemorated by the ceremonial draping of a large sized pair of men's pants on the Wacker Drive balustrade . . . 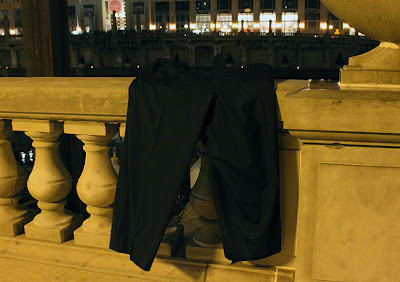 To end, here are a few great aerial shots of the construction from our indefatigable correspondent Bob Johnson. 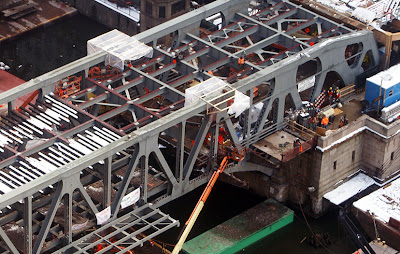 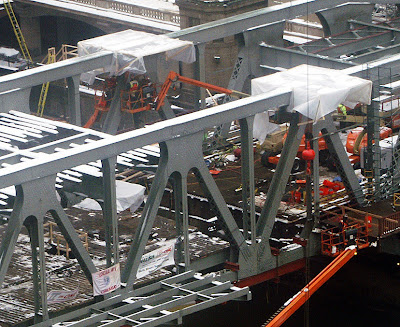 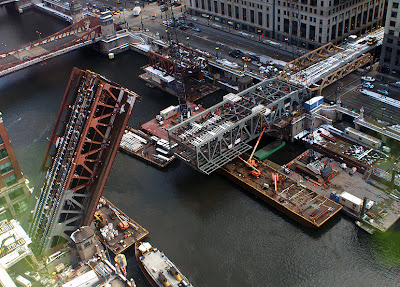 Read (and see more pictures):  The Bridge Beside the River Wells