Urban WTF: Did Forever Marilyn Flick Away her Cigarette on Pioneer Plaza?

No, it's not the latest from J. Seward Johnson, whose super-sized Marilyn Monroe sculpture, Forever Marilyn,  dominated Pioneer Plaza across Michigan Avenue from the Wrigley Building for over a year.  And there's no evidence she took a last puff on a cigarette and threw it to the ground just before she got into the limo. 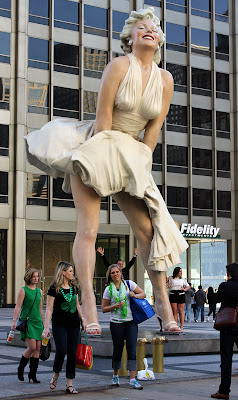 Still there it is, in all its glory, a giant cigarette butt that actually makes you feel nostalgic for all those controversial sculptures that previously made the plaza their home. It's an advertising prop next to a tent pushing the charms of the stop-smoking gun Nicorette to passing addicts who may be increasingly eager to kick the habit now that Cook County has added another dollar of tax, raising the per-pack price to $6.67.  The real addicts may well be governments state, county and city, which have grown increasingly dependent on cigarette tax revenues to plug budget holes.  Each hike brings lower revenues.  Governments grow desperate for their next fix, and eventually find their way to raising taxes again.  Rinse and repeat.

Howells and Hood - Back From the Dead 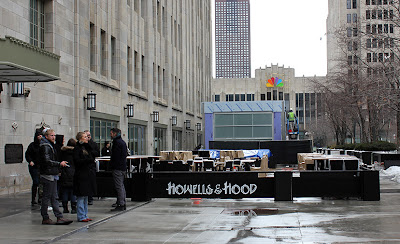 On the other side of the plaza, whose derelict shabbiness we wrote about last November, things are actually looking up.

Workers are putting finishing touches on a new restaurant, Howells & Hood, named after the architects of Tribune Tower.  Raymond Hood, who also led the design team on Rockefeller Center in New York, died in 1934.  His partner John Mead Howells died in 1959.  Which is probably for the best, since there's a good chance if they weren't dead already, the huge glass and metal box that's now popped up next to their faux Gothic tower would send them to their graves, so they could spin in them. 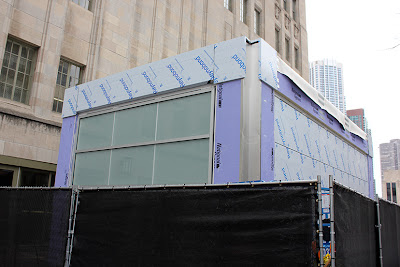 The new eatery is replacing what was previously offices and studios for WGN Radio. 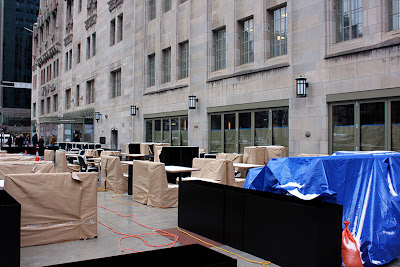 If Howells & Hood is successful, it should go a long way to bringing life to the underpopulated plaza,  with seating for 600 diners and a barrel of beer in the cooler for every one of them.  Fortunately, the restaurant isn't scheduled to open until April, which means we still have a year's grace until having to contemplate the consequences of putting all that beer in such close proximity to the party-on revelers that fill up the plaza when they dye the Chicago River green for St. Patrick's Day. 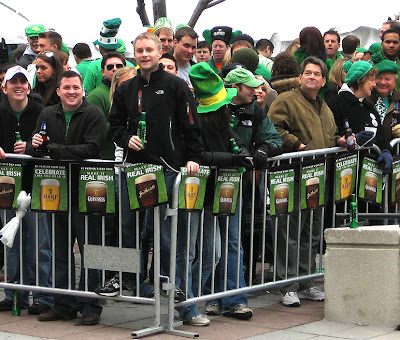 I missed that cigarette butt sculpture. Just now I stood on my desk and looked out the window to see if it was still out there, but it's not. Thanks for capturing this. It's funny what I don't see on Pioneer Court outside my window, but what I do see on your blog.

And there's no evidence buy-cigarettes-dutyfree.com she took a last puff on a cigarette and threw it to the ground just before she got into the limo.

An immense moonlike of commendation, reserve it up.

An immense moonlike of commendation, reserve it up. houses for sale Christchurch