St. Patrick's Day, March 17?  Not in Chicago,  Here's it's the Saturday closest to the 17th, and this year that's the 16th. The ceremony of the speedboats, turning orange dye to a green river, has an official start time of 10:00 a.m., but arrive early.  Best viewing along the river from Columbus Drive to Michigan Avenue.  The annual parade kicks off at Columbus and Balbo at noon.

Last year, we lucked out, with temperatures heading towards the 70's.  This year, we head in the opposite direction - it'll be a cold day in Chicago when they dye the river green. 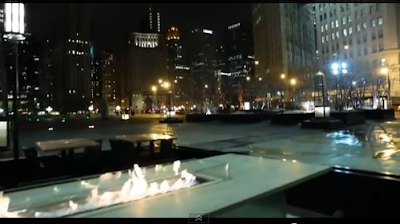 And in a sign of sheer bravado - or wild recklessness - that new Howells and Hood restaurant we previously wrote about - 600 seats, three major bars, 114 different varieties of beer and 360 draft handles,  “the most in the world,” according to Bottleneck Management's Chris Bisaillon, will be opening at 9:00 a.m, Saturday, in Tribune Tower just yards from the teeming throngs of revelers along the river.

To get you in mood, at top of this post there's a look at what dyeing the river looks like from an aeriel view, and below a photo gallery from two years past . . .


Created with flickr slideshow from softsea. move your mouse over the image area to hide and display menus. click on individual images for more options


Still not enough?  Check our reports from past years:
Return of the Emerald City: Chicago dyes the river green for St. Patrick's Day, 2010. 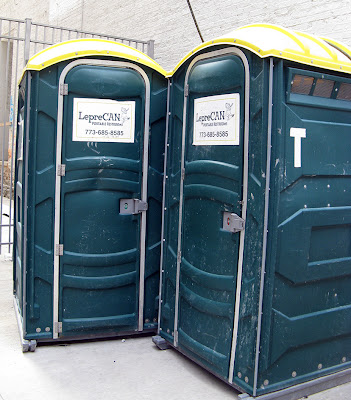