It may get an "F" for truthfulness, but Northwestern University certainly gets an "A" for industriousness in its increasingly mendacious PR campaign to keep Bertrand Goldberg's Prentice Hospital off the agenda of the Commission on Chicago Landmarks.

On Thursday, Northwestern issued a press release, Poll Shows Overwhelming Support for Northwestern's Plans to Build New Research Center, with 72% of the 507 respondents saying "a new medical research center on the site of the old Prentice Women's Hospital in Chicago". 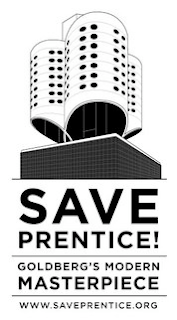 Except, of course, that the poll was anything but unbiased.  The press release says respondants were polled "after hearing arguments from both sides."  From whom?  Northwestern?  The words "Bertrand Goldberg", "potential landmark", "Frank Gehry", "Jeanne Gang" (or the names of any of the other 60+ world class architects who have spoken out on the need to save Prentice) appear nowhere in the press release, so forgive me for suspecting that "argument from both sides" is anything other than a sham.

But wasn't this an independent poll?

Purple Strategies is a PR/lobbying firm.  The "People" page on their website is full of Beltway political operatives, but, tellingly, a client list seems nowhere to be found.  Could Northwestern be the first entity willing to publish the fact that they're using them?


Our approach is to personalize the issue. When constituents feel connected to a movement, they will energize around an issue. But this doesn’t happen overnight. We work with our clients to create the right grassroots infrastructure before a fight arises.

Sounds pretty much like astroturf, the practice of fabricating grass roots support, doesn't it?

And the polling?  This is from the bio of Doug Usher, Managing Partner, Purple Insights . . .

Complete integration?  As in, designing the research to insure a predetermined result?

Of course, I could be wrong.  If Purple Insights releases the methodology and its question list, I'll be glad to post it here in full, and if it shows that the questions were, in fact, not a stacked deck, (plus or minus 4.4 percent), I'll be happy to apologize.

Until then, this looks like just another phony brick in Northwestern's increasingly massive wall of deception.

The "coalition" of architects supporting destroying Prentice lists only three names:  Jeff Case, Principal, Holabird & Root (H&R's website lists four principals and three associates - was Case the only one they could get?), plus Dan Mitchell and Todd Halamaka of HOK.  Fine people, all, but a rather poor counterpoint to Jeanne Gang, John Ronan, William Baker, Frank Gehry, Doug Farr, Ron Krueck, Brad Lynch, Joe Valerio, Dan Wheeler, Ross Wimer, David Woodhouse, Mark Sexton, Donna Robertson, Robert Somol, Bjarke Ingels, and many more at the same level of accomplishment, who oppose the demolition.  (Strangely enough, Crain's reported earlier that Jim Goettsch had also signed on to the anti-Prentice efforts.  He's a true heavyweight, and it's a mystery why Northwestern didn't use his name in the press release.)

The rest is a "good old boys" coalition of Chicago's power insiders, operating behind closed doors, free from public scrutiny, united in subverting due process - fifteen months and counting -  to keep the discussion of whether or not Prentice deserves landmark protection out of the one forum where it legally belongs:  The Commission on Chicago Landmarks. 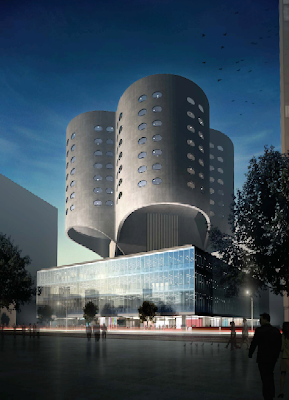 How disgusting-
that such an
allegedly "Reputable Health Care Leader"-
as Northwestern Memorial Hospital could
stoop so low- as to offer biased lobbyists
results as being "true"!
Shame.

Keep up the Good Work Lynne!

The same Goettsch who designed the Block Museum and Bienen School for NU? No conflict of interest there.

One might assume the name “Purple:” would mean that the firm provides bipartisan services. But the name seems to refer to only the firm’s composition—I could not find work on behalf of the poor, disadvantaged minority groups, environmental causes or any of the core left of center constituencies. http://www.thenation.com/blog/169696/former-democratic-strategists-now-boost-gop

[Alex] Castellano explained that there is no "War on Women" by the Republican Party on Meet the Press, in response to questions by Rachel Maddow, and stated that there is no gender gap in pay between men and women in the United States. http://en.wikipedia.org/wiki/Alex_Castellanos