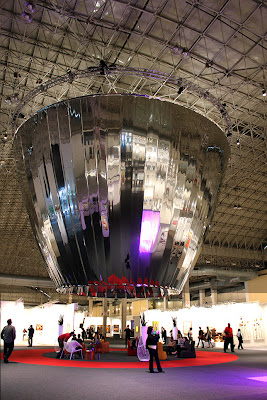 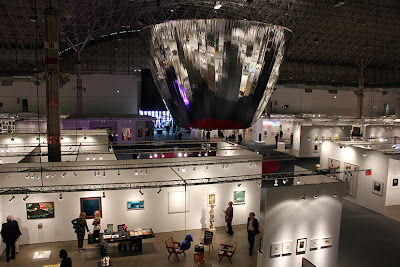 The idea was to recreate Chicago's street grid, complete with a zig-zag diagonal aisle cutting through the center, for east of navigation.  Frankly, the long rows of white-walled galleries didn't seem all that different from those I experienced at Merchandise Mart, with the difference of three huge mylar constructions hanging down from the 55-foot-high ceiling, alternating between concave and convex, demarcating what could be said to be the "parks" of this city, two food areas, plus that central lounge with its highly reflective dome that's kind of a cross between a hot air balloon and a giant coffee filter, picking up the colors and forms of the artwork. 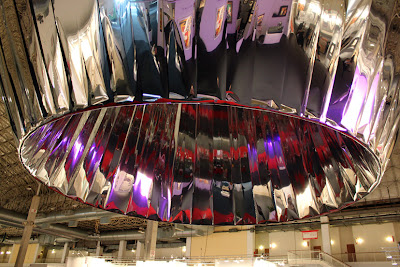 The red carpet that was to mark the diagonal aisle like a flowing river apparently didn't make the final cut.  Interrupted by the lounge at the center, it makes the aisle seem less a diagonal, than the existing aisles doubling up in size as they approach the Mylar domes.

The domes do the job, however, of providing inescapable physical markers.  Wherever you are in the huge exhibition hall, at least one of the domes is in sight, helping you to set your bearings. 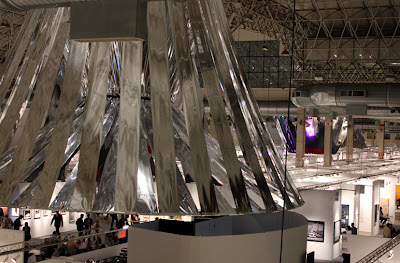 Each dome has its own character. The Chef's Cafe has a huge sphere inside at its center, illuminated with purple light. 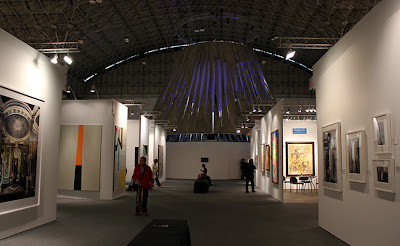 The Signature Cafe is like a basket of thick mylar straps; the underside a warm overhang for the seating below it. 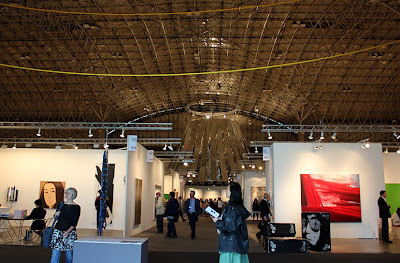 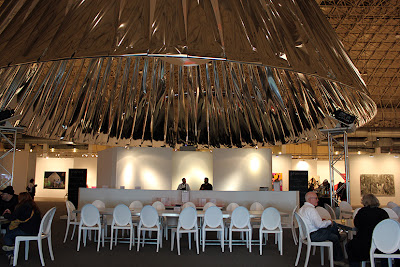 Expo Chicago 2012 has over 100 galleries represented, as well as special supersized installations by such artists as Jaume Plensa and Theaster Gates.  Get all the information  here.