The question period actually closed yesterday, but artists have until 3:30 p.m., October 10th, to submit proposals for artworks to be installed along seven stations on the north branch of the Chicago Transit Authority's Red Line, which are, in sequence, undergoing at $81 million rehab.

Artwork on the CTA includes everything from, at the Brown Line Western stop, a slice of the Berlin wall . . . 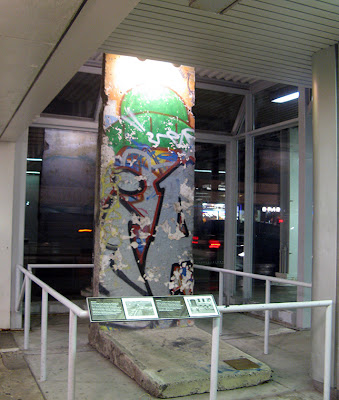 To 50 works of arts from 41 artists on the Pink, Red, and Brown lines, including Jo Hormuth's Canopy Lights at Red Line 47th street . . . 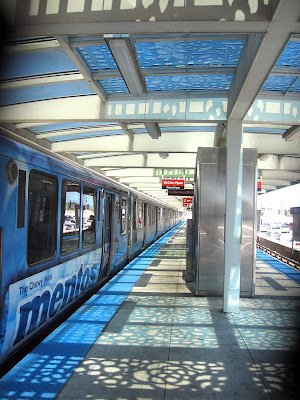 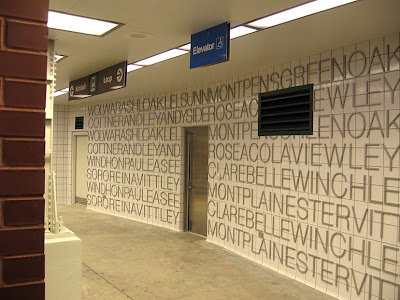 . . . Juan Angel Chávez and Corinne Peterson's Hopes and Dreams at Red/Roosevelt.  (The CTA has published a pdf of all the artworks._ 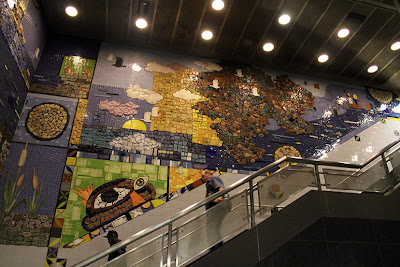 The Red Line Granville stop was the first to shut down, this past June 1st, re-opening July 13th.  The century-old station had already had one gut rehab back in 1980, so the latest fix was a matter of repairing and restoring concrete and masonry, cleaning, repainting, and refurbishing the platform.  The end result is a bright open design, although the granite fascia - leftover from 1980? - is an incongruous element that weighs down the lightness. 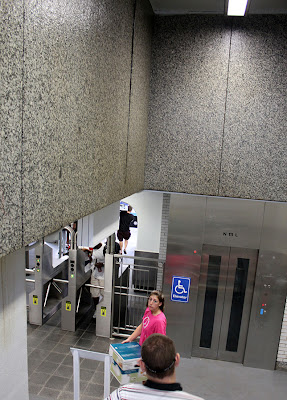 More recently, the Argyle stop closed down for its facelift on August 24th.  Will the distinctive Chinese color palette survive? 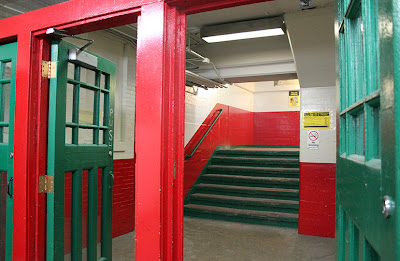 Unlike the Brown Line stations, where the art was co-ordinated with the reconstruction of the stations, the Red Line project is a bit of an applique.  Artists are given a pre-configured tabula rasa to work with.  According to the press release, "Prior public art experience is not a requirement."  There's a $525,000 budget for the art works, paid for by the feds.  The stations are Lawrence, Argyle, Berwyn, Thorndale, Granville, Morse and Jarvis.  (You can find full descriptions and histories for each station on Graham Garfield's indispensable Chicago-L website. )

The budget for individual stations will range from $45,000 to $99.000.  There will be two steps to the judging process, with 25 artists selected as finalists, winners announced next February, and all art to be in place by September, 2013. You can read the CTA press release, with a link to the RFP here.