On September 24th, the Art Institute of Chicago will be opening its new exhibition Building: Inside Studio Gang Architects. As a run-up to the opening, we're posting a series of new and newly revised versions of pieces on Jeanne Gang and Studio/Gang Architects.

An introduction to Aqua refreshes the Chicago skyscraper. 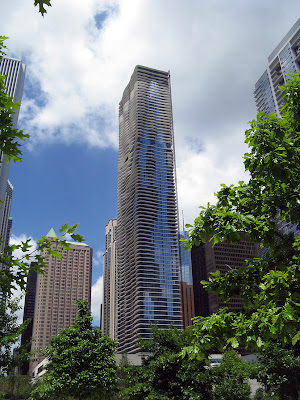 Although Jeanne Gang and her firm Studio/Gang Architects have completed a number of important projects since, Aqua remains her largest and most ambitious project do date.  The 81-story tower was largest building ever designed by a female architect, and the distinctive imprint it has made on the Chicago skyline marks it as an instant - and award-winning -  landmark.

Aqua has not been immune to criticism.  It's been noted that inside its sculpted exterior, Aqua is a completely conventional condo tower, and not especially energy-efficient. Valid complaints, that can also be made against a rather massive number of far lesser buildings constructed in the last decade.  In the last analysis, Aqua, like every other commercial project in the city, was built to make money for its developer.  What surprising is not its common shortcomings, but that something with Aqua's bold visual qualities came to exist at all. 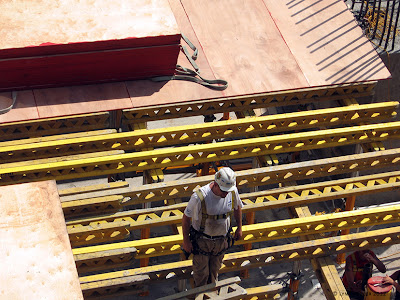 And so we go back to the beginning, to the article we wrote in the Chicago Reader all the way back in 2006, before a spade of earth was turned.  I'm publishing it now because it recounts the story of how Aqua came to be, and the process by which Jeanne Gang and her associates at Studio/Gang arrived at the decisions that informed Aqua's distinctive design.

In terms of updates, Aqua was not the crowning endpoint of developer James Lowenberg's career.  Since then, his Magellan Development Group has entered into a partnership with bKl Architecture, the firm bringing together Brad Lynch and former SOM Chicago's Tom Kerwin, to continue to expand Lakeshore East with projects like the 49-story Coast, now under construction.

We also wrote about the Gang and others forming a "third school" of Chicago architecture.  We still have to see how that will play out.  John Ronan continues to create works of  distinction, such as his new home for the Poetry Foundation, but Douglas Garofalo's tragic, early death last year means we'll never get to see all the wonderful things we would have added to the argument. 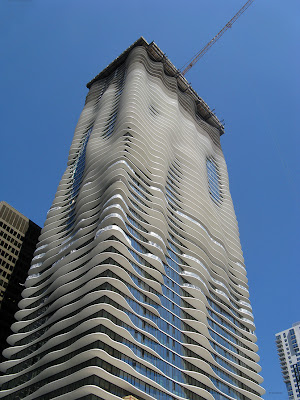 For now, read about how it all started:  Aqua refreshes the Chicago skyscraper.  You can also see photographs of the construction process, from start to finish, here.