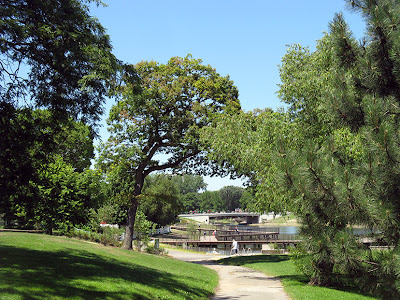 On September 24th, the Art Institute of Chicago will be opening its new exhibition Building: Inside Studio Gang Architects. As a run-up to the opening, this is first in a series of new and newly revised versions of pieces on Jeanne Gang and Studio/Gang Architects..

So, here we are. Over a century-and-a-half after we supplanted a millennia-long ecosystem by dropping the first corpse into the ground of a new City Cemetery, we've come back to where we began.  The Nature Boardwalk at Lincoln Park Zoo bills itself as a "multi-sensory, interactive ecosystem . . . (a) newly naturalized oasis in the heart of the city." Its goal is no less than to make the South Pond's 14 acres of land and water, plants, amphibians, fish and fowl into the kind of complex natural habitat that Chicagoans had spent the last century wiping from the face of the city . . . 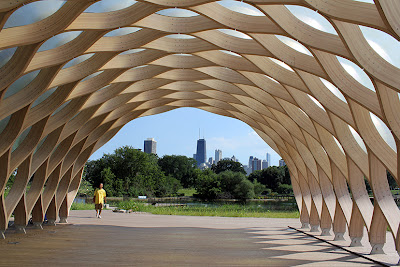 Read the full story and see all the photographs:  Studio/Gang and the Nature Boardwalk at Lincoln Park Zoo.