The Shock of the New: 1/3 of Modern Wing Shuts Down in September, Picasso and Matisse head out for six month Texas excursion

Update [September 12, 2013] .  The galleries have now closed until next April, leaving many disappointed patrons wondering what happened.  Sun-Times report by Madeline Nusser.

It's been less than four years since the Renzo Piano designed Modern Wing of the Art Institute opened to great fanfare.  After this coming Labor Day, to much less fanfare, the third floor galleries, covering Modern European Art from 1900 to 1950, will be shutting down for over six months, as nearly 100 works, including 10 Picasso's and 10 Matisse's, are packed up and shipped to Fort Worth for the Kimbell Art Museum's exhibition The Age of Picasso and Matisse: Modern Masters form the Art Institute of Chicago.   Running through next February, it's billed as “the largest loan of its kind from the Art Institute.” 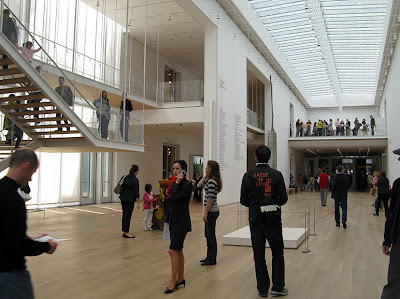 While the e-mail exchange I had with the Art Institute's Director of Public Affairs Erin Hogan was nothing less than responsive and pleasant, I still get the impression that the closing isn't exactly the museum's favorite subject for discussion.  When the Art Institute last had such a major gallery closing and made a major loan - again to the Kimbell, for its 2009 The Impressionists: Master Paintings from the Art Institute of Chicago - it was heralded with a press release quoting then President James Cuno  as being “thrilled” about the whole thing.  In contrast, searching the Art Institute website, I can find absolutely nothing about the upcoming Modern Wing closing. 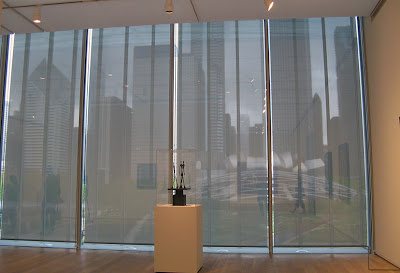 Museums have been known to make such loans as a way of raising cash, but when a 2008 article in The Art Newspaper claimed the Art Institute would receive $2 million from the Kimbell, Cuno, in a New York Times interview, scoffed. “It was said by some that we rented the pictures. That’s just not what we do. The Kimbell is covering costs associated with mounting the exhibition, with producing the catalog and with reframing the pictures.” He declined to disclose the amount involved, as does Erin Hogan about the latest loan, which she says is “really just to ensure that the works can be seen while we work on the third floor. It's not a major source of revenue.”  If the amounts are really negligible, you'd think they'd just disclose it and end the controversy, but that doesn't seem to be in cards.

Similarly, Hogan paints the six month closing as no big deal.  “On the third floor there were a number of things we wanted to adjust and it just seemed to make more sense to do them all in one fell swoop rather than piece by piece.” 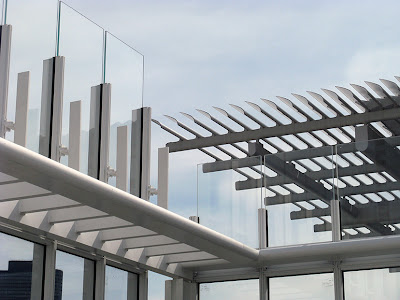 Two years ago, the museum filed a $10 million complaint in U.S. District Court against Arup, the structural engineers for the project, citing work that was “woefully inadequate”, including cracked concrete flooring and faulty humidity controls that resulted in condensation that fogged the glass of the facades.  The blades of Piano's “magic carpet” roof, designed to bring natural light into the third floor galleries in a way that was safe for the paintings, were said to whistle in high winds.  Hogan says that all the problems were fixed by the time of the May, 2009 opening.  The lawsuit against Arup was resolved about a year after it was filed. 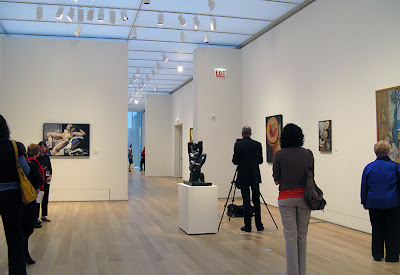 When asked what this years renovations would consist of, Hogan responded “Many things! Repainting/refinishing all walls, podiums, pedestals; recalibrating lighting systems by moving light sensors and adjusting light filters; reweighting and adjusting motion detectors for doors; etc.  The lighting system in particular isn't problematic; it's just that the larger galleries ‘harvest’ more daylight than the smaller galleries, so that there can sometimes be inconsistent light levels as you move throughout the third floor. So we definitely wanted to make that adjustment to even out the light levels.” 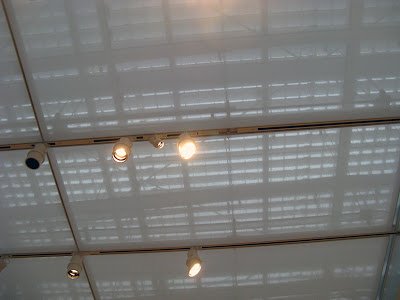 I've always wondered if there wasn't a simpler, more cost-efficient way to get safe, natural light into the galleries than the complex ‘magic carpet’ Piano designed, which seems to exist in no small part to be an architectural billboard for the new building.   Piano has attacked the problem in parallel ways at his numerous other museum commissions.  At Atlanta's High Museum of Art, there are a hundred rooftop ‘sails’, mini-skylights that twist to defuse and focus the light.  Back at the Kimbell, Piano is constructing a new addition to Louis Kahn's iconic original building.  At $1470 per square feet, it makes the Modern Wing's $1114 look like a bargain.  Here, Piano deploys aluminum louvers that also incorporate photovoltaic cells to provide the building with power.  Kahn's design is famous for bringing natural light into galleries, but it does so more modestly, with aluminum reflectors hanging from the ceiling rather than the ornate sculpted Piano rooflines that Wall Street Journal critic Lee Rosenbaum says have become the “must-have fashion accessories of museum expansions around the country.”

In the final analysis, no one can begrudge the Art Institute taking the time to ‘fine tune’ the Modern Wing.  And yes, everything should be back in place by this time next year.  Move on; nothing to see here - I get it.  Still, I can't quite shake the nagging feeling that something's not quite right, that we should be expecting more from a $294 million building only four years old than having a huge chunk of it shut down for six months while the priceless treasures it was built to display are exiled out of view. 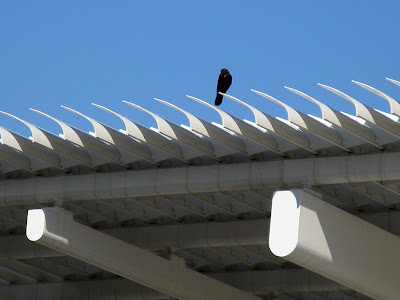 I'm glad they are cleaning up the place. When the Modern Wing opened with its austere clean design, I was concerned that it would quickly get marked up and look old. Cleaning out the cobwebs every few years is a good thing.

Here's hoping this is a one-time only event, because a structure where a third of the floors have to be shut down for half a year every four years can't be considered an efficient building.

so the art institute is getting p-a-i-d to take extremely important works away from a collection originally intended to be for the students of the school to study and learn from. i wonder if that'll be reflected in highly inflated tuition bills this fall.

Graves on the Modern Wing: What I missed at the Art Institute . . . There wasn't the moment when light came in at a specific place. Everything was general . . . The whole thing is the window. That's like saying the whole thing is a wall. There are good walls and bad walls, but most good walls have windows in them. And there are specific places relevant to your body drawing your body next to the window In Renzo's building, it starts at your feet, and ends at the slab above. It starts at the wall and ends at the wall. ...... It isn't right. It somehow should have been joyous, and he thought by making all that light, it would be joyous. And I'm sure people love it. Some people really, really must love it. Because it makes no mistakes. That is one way of doing it. And it isn't wrong. It just could be righter.

Eric, thanks for reminding me about Graves' comments. Here the link to the post on Graves talk on receiving the 2012 Driehaus award.
http://arcchicago.blogspot.com/2012/03/of-timelessness-and-kitchen-timers-and.html